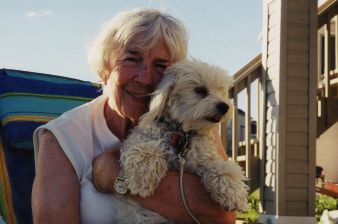 Adele in her late 70s

It was to be expected, I suppose, at her age of 91 and because of the fact that she’d been sick with Alzheimer’s for more than a decade. Knowing all of this, her death still came as a knockout of a shock to me. I’d been fooling myself for years that I was prepared for the end… I was not.

At the time that she was diagnosed with Alzheimer’s, the doctor told us that the disease starts long before the symptoms show. My best guess is that it began about 19 years ago, after she was in a terrible car accident – she was never the same after that.

She lived with me and my family – my husband and two girls, for most of those 19 years – except for the last four years that she spent in a nursing home, in a locked ward.

My family watched her lose herself and tried to keep things normal for as long as possible. It was frustrating that neighbors and distant friends and relatives, didn’t see the changes that we did. Frustrating that no one, except the Public Health Nurses who came and went, understood the toll it took on us. It is an unforgiving and terrible disease, and leaves the person you have loved all your life, unrecognizable. Through each agonizing stage of its progression, there are no clear guidelines, because every patient is different.

There are major milestones of the condition, however, that are relatively the same across the board. It was about a year ago that her doctor took me aside, and explained to me that my mother was in the end stage of the disease. She didn’t think that my mother would live out the year – the clearest indicator of the end, she told me, was when the patient stopped swallowing. I wasn’t surprised to hear this back then. I had clearly seen her decline become precipitous in the previous few months. Then, when she was put into a Broda chair and was no longer walking, it was obvious that she was not just mentally failing, but physically failing as well. 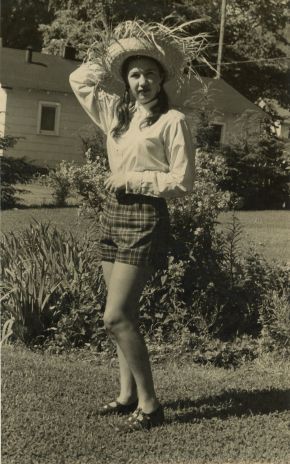 Just two days before she died, we got a phone call that she was pocketing her food. In my ignorance, I thought she was literally putting her food in her pocket, which she had done on many occasions before. My mother was very smart, even with Alzheimer’s, and was frequently getting away with things like that – like when she managed to figure out how to unlock her seat belt on her wheel chair and suddenly stand up – a real danger to herself and to others, believe it or not.

But no. Pocketing food means that the patient can no longer swallow and the food accumulates in the cheeks of the mouth. It was the signal that she was near the end, and I didn’t realize it til too late.

There are many books on the subject, but I don’t want to read any of them. I have lived it in all its unpleasant and hurtful details. Nor do I want to watch dramatic films about it – perhaps they help to edify people, but I can’t think of anything I’d rather forget.

And that is the challenge – to forget all those years of decline and loss, and remember the whole and complete person, who is gone.

The doctor at the nursing home is a wonderful, caring person; the kind of doctor you want especially for the elderly who are sick with dementia. To comfort me, she told me that she’d seen many people lose themselves to the disease, and from this personal experience, she knew that we are more than what we say or do. What is left after the ravages of Alzheimer’s, is the core of the person in the purest form. She told me that even though my mother had lost all her ability to remember or speak or put a thought together, she still was a warm and loving person inside.

In the end there was little left of her – even her radiant core had gone out. She was rail thin, and slept almost continually. It was a relief for her to go, I am sure. 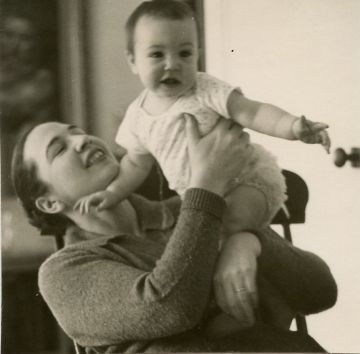 She wasn’t afraid to die. She had talked to me many times about it over the years. She had had a near death experience when she lost her third baby in childbirth in the early 1960s. She saw a beautiful light at the end of a long dark tunnel and went towards it and felt eternal peace. She told me that it was so beautiful that she didn’t want to come back, but she suddenly remembered her two little girls, and had to return. That experience stayed with her her whole life.

If you believe in heaven or an afterlife, you can say she is now with her baby and her husband, her sisters, and her parents, and all of her ancestors, somewhere up there. It’s a nice thought. But I am more comforted to know that she lived a full and adventurous, brave and creative life – never wasting a moment of it for as long as she could.

Even as she lost herself to the disease, she still got up every morning and smiled at the sun.